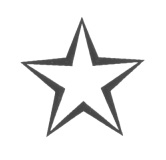 Khanat’s heart pounded noisily. He peered out from behind a rock, and watched five shadowy figures run, crouching, through the desert sand towards the Great Pyramid of Giza.
The men waited for the guards to move out of sight. Then they scurried out into the open, dug a shallow hole at a preselected spot, and gently placed the small home-made bomb inside it. After activating the bomb, they covered it with sand, then swiftly and silently retraced their steps.
Khanat waited till they were well out of sight, keeping a close watch on the movements of the guards. Then he ran to where the bomb was buried, cautiously uncovered it, and shone his torch on it. Despite the bitterly cold desert wind, sweat was trickling down his face and he was shaking with fear. He had watched his father make bombs many years ago. He took hold of two of the wires in his trembling hand, then gave a sudden wrench . . .
Time seemed to stand still as he waited for the dreaded explosion. But nothing happened. His racing heart began to slow rapidly as he placed the deactivated bomb in a bag. He filled in the hole and beat a hasty retreat. His father would get a surprise the next day when he pressed the button on the remote control and no tourists got blown to bits.
Khanat set off back to his parents’ home. He would now have to confront his father and was not looking forward to it. His father had spent the past eight years in jail after being convicted of planning another attack. On his release, his hatred for the Egyptian regime was more intense than ever. He had told his wife and two children that he did not intend to get involved in any more terrorist activities. But secretly he had plotted his revenge. It was only by luck that Khanat had overheard him talking to another man about an attack on the country’s most famous tourist site.
Khanat had considered tipping off the police, but was afraid they might not have acted on the information. What’s more, he knew how badly political prisoners were treated and didn’t want his father to go back to jail before he’d tried to persuade him to change his ways. He had decided against confronting his father before he had planted the bomb because he was unsure what the outcome would be. The approach he had adopted had at least enabled him to prevent at least one bloody attack. Perhaps he had made the wrong decision. Only time would tell.

The next morning Khanat was sitting in a café opposite the hotel he had seen Jintar enter two days earlier. He had been sitting there for an hour but had not seen him again.
His thoughts turned again to his confrontation with his father. Things had got a little out of hand, but at least his father had promised to mend his ways. He had already persuaded the other men involved in the foiled bomb attack to suspend their activities for the time being. ‘Why is so much blood spilt in the name of religion?’ Khanat lamented to himself. ‘True religion is about spreading love, peace and justice, and about treating all humanity as our brothers and sisters.’
A man was walking towards the hotel on the other side of the street. Yes, it was Jintar! Khanat could clearly see the turquoise stone around his neck. He pushed back his chair, rushed outside and ran across the street. He bounded up the steps of the hotel into the reception area and looked around him. There was no one in sight except the female receptionist.
‘Can I help you?’
‘The man who just walked in – can you tell me which direction he went in?’
‘I’m sorry, no one has just entered the hotel.’
‘But I saw him walk up the steps.’
‘I can assure you no one has come in. You must be mistaken.’
At that moment the telephone started ringing and the receptionist answered it. She looked at Khanat.
‘Is your name Khanat? If so, it’s for you.’
‘For me?!’
‘Hello,’ he said, taking the receiver.
A puzzled look descended upon his face. After a few seconds he looked quizzically at the receiver and handed it back to the woman.
‘The world is full of mysteries,’ said Khanat.
‘So it would seem,’ said the receptionist.
Khanat left the hotel. The voice on the other end of the line had sounded almost mechanical and had simply stated a day, month and year – a date two years hence. Had he just reestablished contact with Sahula’s Brotherhood? He would have to be patient and wait and see.
When thinking back over this incident before he went to sleep that night, Khanat realized that it involved another strange element. He had seen Jintar on the opposite side of the street. Yet he had been able to see Jintar’s talisman as if he were only a few yards away. Something else for him to puzzle over.

Khanat opened his eyes and found himself lying on the sand. Looking at his watch he discovered that an hour had passed. What a weird experience! He got up and walked a few paces towards the Great Pyramid. And then he saw it – the deep hollow! How could he have missed it before? This was exactly the place where he had last seen Sahula. He ran down into the hollow, which seemed to be just plain sand and rocks, but surprisingly cool. He walked back up to the top and sat down.
Suddenly he heard a high-pitched whistling sound. He turned his head to look back down into the hollow and as he did so his eye caught sight of something on the sand beside him.
‘Holy shit!’ he said aloud. Next to him lay the most beautiful crystal he had ever set eyes on, sparkling with iridescence in the solar rays. He picked it up. It was about seven inches long and five inches wide, and extremely lightweight. Had it just materialized out of thin air? And if so, who was behind it?
He sat there for another hour, admiring the crystal, and hoping someone would come and explain the meaning of all these unusual events. But no one did. He decided to take the crystal home with him and to guard it carefully until he learned what he was supposed to do with it.

His life went on with the same busy routine. Briefly he dated a young woman, but it was impossible to fit her into his busy schedule, so it had to end. His mind was on other things and he couldn’t be bothered with all the rituals of dating. His passion for knowledge was simply far stronger at present than his longing for female companionship.
Six months after he had found the crystal, he had a vivid dream. He was in an unknown place, carrying the crystal, standing in front of a large stone platform. He had placed the crystal on top and it had begun to radiate an intense, blinding light. Then he woke up. The platform made him think of Peru, but if it really existed he did not know where. Every week or two the dream recurred, but he did not manage to identify the platform.
Then one evening three months later – nine years and nine months since he had last seen Sahula – he was watching an archaeology programme on television when he saw it – the very same platform. There could be no mistake about it. He almost leaped out of his chair with joy. It was located on a famous island in the Pacific. He felt that he should go there. But after making enquiries, he discovered that the trip would be far too expensive, given his meagre budget and all his commitments to his family. Disappointed, he abandoned the idea, at least for the foreseeable future. But he never ceased to hope that somehow, someday, he would be able to travel there, with the crystal . . .